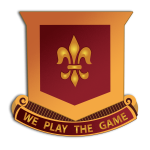 Sgt. Dan C. Buzzo, was born in Harlingen, TX whose was a Forward Observer with the 131st Field Artillery. Dan was among the POWs shipped to Burma to work on the Thai-Burma “Death Railway”. After the war, “Papa Dan” worked as an oilman, entrepreneur, and operator of an Amazon River tour company. He lived in Mexico, Ecuador, Argentina, Peru, Bolivia, Columbia, the Philippines, and Iran, among others. Upon retirement, “Papa Dan” opened Papa Dan’s Gringo Bar in Coca, Ecuador. Later, he settled in Iquitos, Ecuador, and opened a second Papa Dan’s Gringo Bar. He regularly traveled between his homes in Seguin, TX, and in Ecuador until the time of his death on July 27, 2010.